Primiero Valley is placed in the southern Dolomites, on the border between Trento and Belluno districts. Main access to the Valley is Lake Schenèr’s gorge, putting the Valley in communication with Feltre’s zone. Rolle Pass links the site with Fiemme Valley, Cereda Pass with Agordo, while Brocòn Pass connects the near Vanoi Valley with Conca Tesino and Valsugana. The meadowy Primiero Valley, lies along the course of river Cismon. Numberous affluents running along the side valleys (Canali Valley, Noana Valley, Giasinozza Valley) are feeding its stream. Valley is surrounded by three mountain groups: to the north Pale di San Martino, to the west Lagorai and to the south Vette Feltrine, that close the Valley.

Pale di San Martino are containing among their tops, a wide plateau (about 50 km2) made of dolomite: they reach the height of three thousand meters with Vezzana (3193 m) and Cimon della Pala (3183 m). Lagorai, on the border with Fiemme Valley and Valsugana, is made of magmatic rocks (prevalently porphyries). Main summits are Cima d’Asta (2847 m) and Monte Cauriol (2495 m).

Fiera di Primiero is an ancient village placed where Cismon Valley meets Canali Valley to begin the descent toward Mezzano and Imèr. The name Fiera, in German Mark, derives from traditional market taking place in this resort during the past years. Old center of Primiero Valley, Fiera has been marked by an history of mines and wrought iron factories. In fact, during XVI and XVII centuries, silver, copper and iron mines, strongly affected the life of the zone. Beyond 500 poles or tunnels were producing until 80.000 florins per year, and this economic chance supported quick immigrations of miners, blacksmiths and foundrymen. It was the time of the initiative and the wish of luxury.

For this reason, the miners’ gilda allotted part of the income for many representative buildings. Testimony of that period is the Assunta Church, consecrated in 1493. Along the main street (Constrada) you may admire double lancet windows, portals and bars. Over a little hill, there is Gothic Mines Palace, with its Ethnographic Museum. A visit also requires the pretty Saint Martin Church, Romanesque essential jewel of XI-th century, now restored. In Fiera di Primiero was born Luigi Negrelli, the engineer that planned the Channel of Suez and traced the whole road and railway network across the Alps.

Enclosed with Fiera there is Transacqua, a rural village marked by stables and tabià. It is the biggest center in the Valley: its name means ”site beyond the water”. For its position, in a natural amphitheatre, the village enjoys a charming look on near mountains. Mineral activity had remarkable weight in the economy of Transacqua zone up to 1860.
Tonadico, at last, is the most ancient village in the Valley. Placed near the ruins of Castel Pietra, this site is strongly marked by typical mountain architecture and by numerous frescos of religious matter. 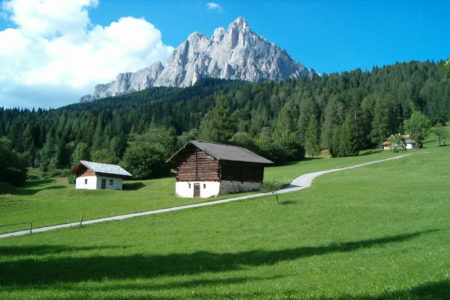 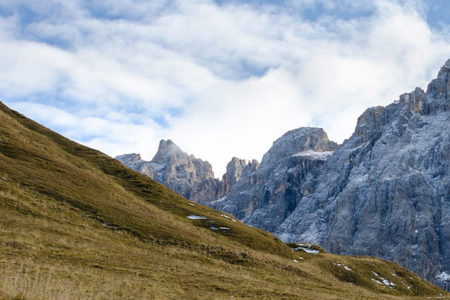 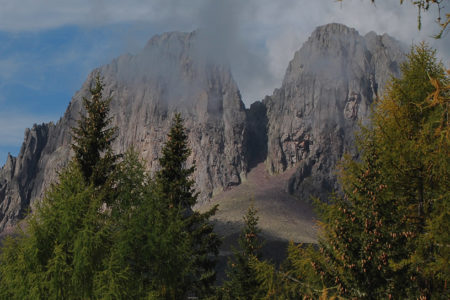